The world today is in the middle of an unprecedented global public health crisis. In Ayurveda, our Acharyas have mentioned such calamities under the broad heading ‘Janapadodhwamsa’. The word ‘Janapadadhwamsa’ comprises of two words ‘Janapada’ (large population) & ‘Udhwamsa’ (destruction) which means the diseases affecting a large number of people. Most of the concepts of Ayurveda on Janapadodhwamsa are found relevant to current theories of pandemic. Prajnaparadha (intellectual blasphemy) and Adharma (activities contributing to destruction of sustaining principles of life and nature) are its potential causative factors. The remedies advised by Acharyas include performing yagna, bali etc and observing dharma. For proper therapeutic efficacy of medicine during such times, efforts have to be made to enhance the potency of herbs which can be achieved by yagna, bali etc. as mentioned in Vedas.

We are happy to inform you that the Atharva Veda Bhaishajya Yagna and National  Seminar “Ātharvanī 2021”, held at Ahalia Health Heritage & Knowledge Village, Palakkad, between 17th and 21st April 2021. Holding fast to the principle of keeping the causes for disease at bay, this Pancha divaseeya ‘Atharva Veda Bhaishajya Yagna’, a powerful five day yagna is performed at the Ahalia campus, for the first time in Kerala.

Ahalia Health Heritage & Knowledge Village, Palakkad, situated in serene environment in the valley of Western Ghats, is the largest integrated campus in Kerala. Nestled amid acres of greenery, the Ahalia campus is an epitome of well-preserved ecosystem. The Atharva Veda Bhaishajya Yagna and the National Seminar “Ātharvanī 2021” have been organised to facilitate the purification of the environment and enlighten our minds with supreme knowledge (Brahmam).

‘Yagna’ means an act directed to the welfare of others done without desiring anything in return, whether of a temporal or spiritual nature. Vedas are the most ancient and authoritative scriptures of Indian Philosophy, Culture & Heritage. The Atharva Veda speaks of a number of medicinal plants and their uses. Some of the rituals prescribed in the Atharva Veda have been performed for centuries, and show us that at certain junctures, medicines and herbs were offered for the propitiation of Gods.

When the power of medicines and nature against pestilences and diseases weaken illnesses enter human life and the balance of nature is lost. Ayurveda is regarded as the Upaveda of Atharva Veda which is one among the four Vedas. Atharva Veda has a series of Mantras related to curing various physical and mental ailments. The Atharva Veda, in which the vedic sacrificial reach their highest culmination, extols yagna as a deity in itself. This feature distinguishes Atharva Veda from the rest of Vedas.

The Atharva Veda Bhaishajya Yagna will undoubtedly be a window for the younger generation to perceive the ancient rituals in their real splendor. Earlier studies show the creation of bio-amplifiers in the atmosphere after the yagna with positive impacts on plants’ growth in and around the yagashala. It will serve as a platform for generating data for many studies and research that can elicit such yagna’s long term effects. Thus, it is appropriate to perform yagna to rejuvenate nature and living beings.

Ayurveda considers Prajnaparadha as one of the significant causative factors of diseases. Karma Kanda of Veda deals with the performance of rituals like yagna etc whereas jnana Kanda with the transcendental knowledge (param vidya). The primary treatment modalities in Ayurveda such as Daivavyapasraya Chikitsa (like a mantra, homa, yagna, bali, etc. to appease the supernatural beings), Yuktivyapasraya Chikitsa (internal medications), and Satvavajaya (psychotherapy) have their roots in Atharva Veda. The yagna is a part of Daivavyapasraya chikitsa, majorly used in Bhootavidya, one among the eight branches of Ayurveda. Vedas are the most essential and authentic sources of information about such practices.

The main aim of  “Ātharvanī 2021”   is to shed some light on the topics like Daivavyapasraya chikitsa, Prajnaparadha & Bhootavidya through the perspective of eminent scholars in the field.

We cordially invite all the enthusiasts to participate in the seminar and be a part of this auspicious ceremony. Participate whole heartedly in the yagna and perceive the supreme bliss. 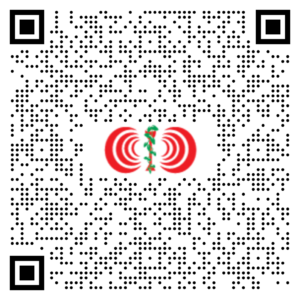